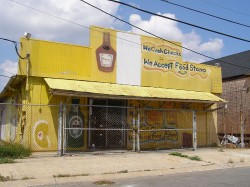 Despite the historic rise in food stamp use, however, the Obama Administration believes not enough people are receiving food stamps who should be and is offering $75,000 grants to groups who devise “effective strategies” to “increase program participation” among those who have yet to sign up.

In fact, U.S. Agriculture Secretary Tom Vilsack says that if we can get even more Americans enrolled in the food stamp program, that will be a great way to “stimulate the economy“.

Of course JP Morgan just loves all of this.  The more people they have in the system the better.

Christopher Paton, the managing director of JP Morgan’s “Treasury Solutions” business, made the following statement about the “food stamp business” that his firm is engaged in during an interview with Bloomberg Television….

“This business is a very important business to JPMorgan. It’s an important business in terms of its size and scale…Right now, volumes have gone through the roof in the past couple of years. The good news, from JPMorgan’s perspective, is the infrastructure that we built has been able to cope with that increase in volume.”

You can see more of the interview with Paton in the video posted below….

As the interview above noted, more than 40 percent of all food stamp recipients in the United States actually have a job.

This is an exciting “growth area” for JP Morgan.  As the middle class continues to decline, the number of “the working poor” in America is exploding.

And what makes all of this even sadder is that JP Morgan has outsourced many of the customer service jobs for its food stamp program to India.

Yes, you read that correctly.

When Americans that can’t find a decent job need help with their food stamps there is a good chance that they will be talking to a customer service representative sitting in India.

JP Morgan is the only one today still operating public-assistance call centers overseas. The company refused to say which states had calls routed to India and which ones had calls stay domestically. That decision, the company said, was often left up to the individual states.

But JP Morgan doesn’t just handle food stamps.  JP Morgan also issues child support debit cards in 15 states and unemployment insurance debit cards in 7 states. Looking for a payday loan direct lender? We are a trusted and safe lending company that you need, you may apply payday loans or short terms loans to us in simple ways. Check us now!, For more information about loans visit Loanload Recommended Reading here in our website.

Of course JP Morgan is not the only big bank involved in this kind of business.  Several others are also making money in massive quantities on the backs of the poor.

The following example comes from a Huffington Post article….

Shawana Busby does not seem like the sort of customer who would be at the center of a major bank’s business plan. Out of work for much of the last three years, she depends upon a $264-a-week unemployment check from the state of South Carolina. But the state has contracted with Bank of America to administer its unemployment benefits, and Busby has frequently found herself incurring bank fees to get her money.

To withdraw her benefits, Busby, 33, uses a Bank of America prepaid debit card on which the state deposits her funds. She could visit a Bank of America ATM free of charge. But this small community in the state’s rural center, her hometown, does not have a Bank of America branch. Neither do the surrounding towns where she drops off her kids at school and attends church.

She could drive north to Columbia, the state capital, and use a Bank of America ATM there. But that entails a 50 mile drive, cutting into her gas budget. So Busby visits the ATMs in her area and begrudgingly accepts the fees, which reach as high as five dollars per transaction. She estimates that she has paid at least $350 in fees to tap her unemployment benefits.

There is something about all of this that just seems very, very wrong.

When we have good jobs, the big banks hit us with outrageous bank fees and they try to get us enslaved to credit card debt.

When we are down on our luck and become dependent on the government, the big banks still find ways of making money at our expense. 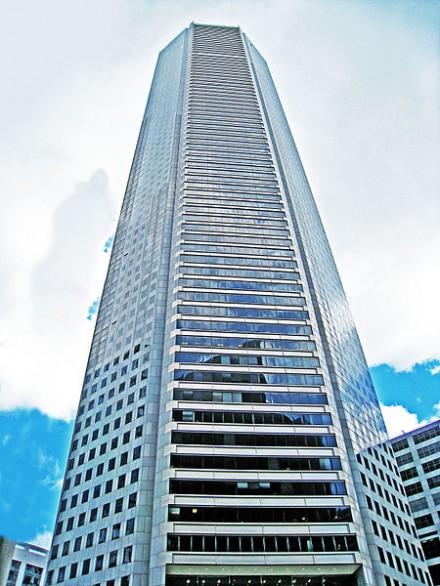