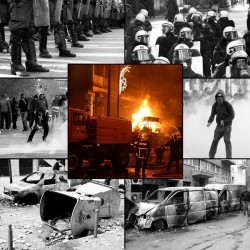 I wish that I had an “aha moment” to share with you today, but instead all I have is an “ack moment” to share.  As I was analyzing all of the info coming out of Europe in recent days, I came to the following realization: “Ack! They are actually going to let Greece default!”  The only question is whether it is going to be an orderly default or a disorderly default.  Of course the EU (led by Germany) could save Greece financially if it wanted to.  But Germany has decided against that course of action.  Many in the German government are sick and tired of pouring bailouts into Greece and then watching Greek politicians fail to fully implement the austerity measures that were agreed upon.  At this point a lot of German politicians are talking as if a Greek default is a foregone conclusion.   For example, Michael Fuchs, the deputy leader of Angela Merkel’s political party, recently made the following statement: “I don’t think that Greece, in its current condition, can be saved.”  But that is not entirely accurate.  Greece could be saved, but the Germans don’t want to make the deep financial sacrifices necessary to save Greece.  So instead they are going to let Greece default.

Many prominent voices in the financial world that have been watching all of this play out are now openly declaring the Greece is about to default.  Moritz Kraemer, the head of S&P’s European sovereign ratings unit, made the following statement on Bloomberg Television on Monday: “Greece will default very shortly. Whether there will be a solution at the end of the current rocky negotiations I cannot say.”

You might want to go back and read that again.

One of the top officials at one of the top credit rating agencies in the world publicly declared on television that “Greece will default very shortly.”

That should chill you to your bones.

If the EU allows Greece to default, that would be a signal to investors that the EU would allow Italy, Spain and Portugal to all default someday too.

Confidence in the bonds of those countries would disintegrate and bond yields would go through the roof.

Right now, confidence in government debt is one of the things holding up the fragile global financial system.  Governments must be able to borrow gigantic piles of very cheap money for the system to keep going, and once confidence is gone it is going to be incredibly difficult to rebuild it.

That is why a Greek default (whether orderly or disorderly) is so dangerous.  Investors all over the world would be wondering who is next.

At the end of last week, negotiations between the Greek government and private holders of Greek debt broke down.  Negotiations are scheduled to resume Wednesday, and there is a lot riding on them.

The Greek government desperately needs private bondholders to agree to accept a “voluntary haircut” of 50% or more.  Not that such a “haircut” will enable the Greek government to avoid a default.  It would just enable them to kick the can down the road a little farther.

But if Greece is able to get a 50% haircut from private investors, then why shouldn’t Italy, Spain, Portugal and Ireland all get one?

Once you start playing the haircut game, it is hard to stop it and it rapidly erodes confidence in the financial system.

This point was beautifully made in a recent article by John Mauldin….

So our problem country goes to its lenders and says, “We think you should share our pain. We are only going to pay you back 50% of what we owe you, and you must let us pay a 4% interest rate and pay you over a longer period. We think we can do that. Oh, and give us some more money in the meantime. And if you refuse, we won’t pay you anything and you will all have a banking crisis. Thanks for everything.”

The difficult is that if our problem country A gets to cut its debt by 50%, what about problem countries B, C, and D? Do they get the same deal? Why would voters in one country expect any less, if you agree to such terms for the first country?

One key moment is coming up in March.  In March, 14 billion euros of Greek debt is scheduled to come due.  If Greece does not receive the next scheduled bailout payment, Greece would default at that time.

But the EU, the ECB and the IMF are not sure they want to give Greece any more money.  There are a whole host of austerity measures that the Greek government agreed to that they have not implemented.

Since the Greeks have not fully honored their side of the deal, the “troika” is considering cutting off financial aid.  The following comes from the New York Times….

Officials from the so-called troika of foreign lenders to Greece — the European Central Bank, European Union and International Monetary Fund — have come to believe that the country has neither the ability nor the will to carry out the broad economic reforms it has promised in exchange for aid, people familiar with the talks say, and they say they are even prepared to withhold the next installment of aid in March.

But the austerity measures that Greece has implemented so far have pushed the Greek economy into a full-blown depression.  Greece is experiencing a complete and total economic collapse at this point.  The following comes from the New York Times….

Greece’s dire economic condition can hardly be overstated. After two years of tax increases and wage cuts, Greek civil servants have seen their income shrink by 40 percent since 2010, and private-sector workers have suffered as well. More than $75 billion has left the country as people move their savings abroad. Some 68,000 businesses closed in 2010, and another 53,000 — out of 300,000 still active — are said to be close to bankruptcy, according to a report issued in the fall by the Greek Co-Federation of Chambers of Commerce.

But Greece is not the only one in Europe with major economic problems.  The unemployment rate for those under the age of 25 in the EU is an astounding 22.7%.  And as I have written about previously, there are a whole host of signs that Europe is on the verge of a major recession.

Greece is just the canary in the coal mine.  The truth is that the entire European financial system is in danger of collapsing.

Today, it was announced that S&P has downgraded the European Financial Stability Facility.  It is pretty sad when even the European bailout fund is getting downgraded.

Of course most of you know what happened on Friday by now.  Very shortly after U.S. financial markets closed, S&P downgraded the credit ratings of nine different European nations.

Only four eurozone nations (Germany, Luxembourg, Finland, and the Netherlands) still have a AAA credit rating from S&P.

But even more importantly, the nightmarish decline of the euro is showing no signs of stopping.

Right now, the EUR/USD is down to 1.2650.  It is hard to believe how fast the EUR/USD has fallen, but if a major financial crisis erupts in Europe it is probably going to go down a whole lot more.

So what happens next?

Well, if there is a Greek default all hell will break loose in Europe.

But even if Greece does not default, the coming recession in Europe is going to put an incredible amount of strain on the eurozone.

Many have been speculating that Greece or Italy could be the first to leave the euro, but actually it may be the strongest members that exit first.

The number of prominent voices inside Germany that are calling for Germany to leave the euro continues to increase.

As this crisis continues to unfold, there will probably be even more “ack moments”.  European leaders have mismanaged this crisis very badly from the start, and there is no reason to believe that they are suddenly going to become much wiser.

Let us hope that the folks over in Europe understand this, because right now we are steamrolling toward a credit crunch that could potentially make 2008 look tame by comparison. 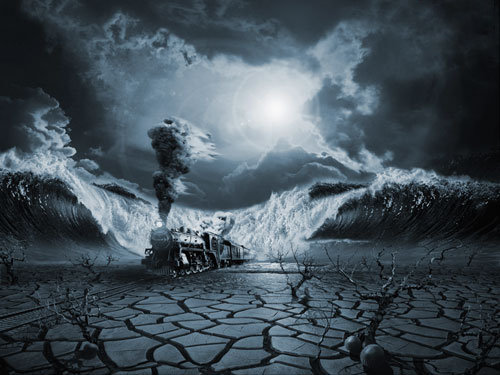