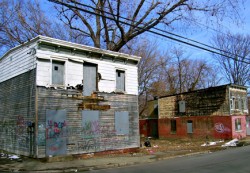 It seems like wherever you turn there is bad news for the U.S. economy.  Unemployment is rampant, the cost of gasoline is going up, the cost of food is going up and American families are getting poorer.  Millions of jobs continue to leave the country and everyone is wondering why it seems like the “American Dream” is dying.  American consumers are absolutely swamped with staggering levels of credit card debt, student loan debt and mortgage debt and each year the consumer debt crisis only seems to get worse.  For millions of American families the money problems never seem to end.  Meanwhile, our politicians are doing next to nothing to fix our horrific national debt problem.  So yes, there are a whole lot of reasons to be absolutely disgusted with the U.S. economy.  We are living in the greatest debt bubble in the history of the world, and anyone with half a brain can see that we are heading for complete and total disaster.

A lot of Americans do not like to read about economics, but what has been going on over the last few years has been nothing short of extraordinary.  The Federal Reserve has basically tripled the adjusted monetary base.  We have now been conditioned to accept that trillion dollar deficits are “normal”.  The U.S. dollar is being systematically destroyed right in front of our eyes and most Americans don’t even seem alarmed about it.

The signs are everywhere.

The following are 25 reasons to be absolutely disgusted with the U.S. economy….

#1 There are now 6.4 million fewer jobs in America than there were when the recession began.

#2 In Southern California, the average price of a gallon of gasoline is $1.00 higher than it was at this time last year.

#3 The average price of gasoline in the United States has jumped about 20 cents in just the last two weeks.

#4 Over the past 12 months the average price of gasoline in the United States has gone up by about 30%.

#6 The $38.5 billion in budget cuts that the Republicans and the Democrats have agreed to represent approximately one percent of the federal budget.

#7 During the 2010 campaign, the Republicans promised voters they would cut $100 billion from the budget for 2011.  Instead, they gave in when the Democrats offered just $38.5 billion.

#8 The Obama administration had been estimating that the federal budget deficit for fiscal 2011 would be approximately 1.6 trillion dollars.  Now it will likely be somewhere around 1.55 trillion dollars which will still be an all-time record.

#9 According to numbers released by Deloitte Consulting, a whopping 875,000 Americans were “medical tourists” in 2010﻿.

#11 Thanks to globalism, U.S. workers now must directly compete for jobs with workers in places such as Indonesia.  In Indonesia, full-time workers make as little as two dollars a day.  So how are Americans supposed to compete with that?

#12 Last week, the price of gold set a new all-time record on Tuesday, on Wednesday, on Thursday and on Friday.

#14 Total home mortgage debt in the United States is now about 5 times larger than it was just 20 years ago.

#15 According to the Economic Policy Institute, almost 25 percent of U.S. households now have zero net worth or negative net worth.  Back in 2007, that number was just 18.6 percent.

#19 The first week of air strikes in Libya cost the U.S. government about 600 million dollars.

#20 The price of corn has more than doubled over the past year.

#21 According to the U.S. Bureau of Labor Statistics, the average length of unemployment in the U.S. is now an all-time record 39 weeks.

#23 If the U.S. government eliminated all discretionary spending and all defense spending it would still not balance the budget.

That last statistic really gets me.  During the month of April the American people are going to be spending massive amounts of time and money to prepare their taxes.

But what do Americans get in return for their taxes?

What they get is a government that is completely and totally incompetent.  Our “leaders” are running the greatest economy in the history of the world into the ground, but unfortunately most Americans have no idea what is happening.

Why are Americans so clueless?

Well, the truth is that over time we have been turned into a nation of idiots and morons.

To get an idea of just how “dumbed down” we have become as a nation, just check out this Harvard entrance exam from 1869.

I wouldn’t have a prayer of passing that exam.

Thanks to the slothfulness of society, the deficiencies in our education system and the toxins in our food, air and water it has become hard for most of us to think clearly.

Most of us are fat, dumb and totally clueless.  The entire economic system is being shredded and most of us just drool and turn up the television a little louder.

If we have money problems, most of us just run out and apply for another credit card.  If our state and local governments run into financial problems they just borrow even more money.

Of course the biggest offender of all is the federal government.  What our politicians are doing to future generations is not just criminal.  It is beyond criminal.  It is absolutely unconscionable.

So please excuse me if I am absolutely disgusted with the U.S. economy.

We took the greatest economy in the history of the world and we wrecked it.

How in the world are we going to explain this to our children and our grandchildren?